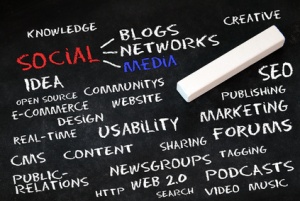 I was recently asked my opinion of Groupon and I immediately thought of its place within the whole realm of traditional and social media marketing, and how I see its sustainability in small business, including franchising, and if I recommend using group coupon deals at all.

Here’s my opinion, subsequent rant… and a bold prediction!

Groupon and others like it should only be utilized strategically and only for a specific purpose such as generating immediate interest and cash flow for a typically slow period, and to infiltrate a competitor’s customer base. Both of these objectives have been achieved by utilizing a Groupon-type coupon. Further effectiveness is evident as the coupon strategy is enhanced by social media.

Personally, there are so many Groupon copycats that the allure, even from a customer perspective, has diminished considerably from just six months ago. Case in point – I had purchased over 30 Groupons and similar coupons and was happy to use them all. That being said, over the past three or so months I have not purchased a single one. Why? Because before it was one deal per day and I was notified of the same and I could simply decide one way or the other. Now, I’ve got to look at deals, is it family based or not, entertainment or service… just too much of a hassle. Not to mention the bombardment of collateral emails like for Social Escapes by Living Social, etc.

Beyond that, coupons and promotions will be very geo-specific. Actually, social media is becoming very geo-specific which will drive the geo-specificity of coupons and promotions. Facebook has a distinct advantage over many others as they have both Facebook Places and Facebook Deals. Further, they have finalized or are close to finalizing a deal with Foursquare whereby it works hand-in-hand with Facebook Places. As it is, Foursquare populates into Facebook (and Twitter). And mobile phone usage will continue to drive check-ins and geo-specific marketing. Customer Review sites are jumping on the bandwagon and offer check-ins as well.

Where I believe Facebook will prevail as the leader, is the community feature. Basically, a captive audience where fans can realize all, including coupons and promotions, check-ins, customer reviews, sharing information, posting comments, etc. The push to a more mobile-friendly Facebook is already occurring. If you can think it, Facebook is probably working on it. If not, they’ll buy it. Long-term contracts? Facebook deems them as not being necessary. They really don’t need to as no one really competes with Facebook.

Now that Facebook has become more business-friendly, the sky is the limit. I project you’ll see Facebook go after LinkedIn or develop something similar. Twitter could be a possible acquisition. MySpace? That will be interesting especially as Zuckerburg feels the under 13 crowd should be on Facebook. With MySpace, he’d give them more reason to do so… or maybe justification. Foursquare? Some type of merger would be practical. How about the rumors that Apple is stockpiling their cash for a run at Facebook? Now THAT would be very interesting!

On the other front is Google. Certainly, they are a search powerhouse. And, with their acquisition of YouTube, they now have the top two search engines. Yes, YouTube is used for search even more than Yahoo and Bing. But, Google has not done well with social media. Think GoogleBuzz and GoogleWave. So, at what point does Google and Facebook realize they’ve each cornered their own parts of the market. Maybe even covering the whole market? Would that then create the possibility of a Google-Facebook merger? Just think of THOSE possibilities! And, now that Microsoft has purchased Skype, maybe the celestial landscape will include Skype… albeit with an improved mobile application.

So, the winning combination in one way, shape or form is… Search, Social, Mobile. I like to call it the Digital Holy Trinity!

*This post was originally posted on this site May 2011.

Author’s note – As for Google +, it remains to be seen what happens with Google’s latest attempt at social media.  I, for one, believe it will also fall by the wayside as their other attempts within social media have in the past.